Things to do at museums in Chicago

Welcome to our highlights of events and entertainment in Chicago at our city’s best museums and galleries. Bookmark this page and check back for updates on the latest activities.

‘Mimi Cherono Ng’ok: Closer to the Earth, Closer to My Own Body’ 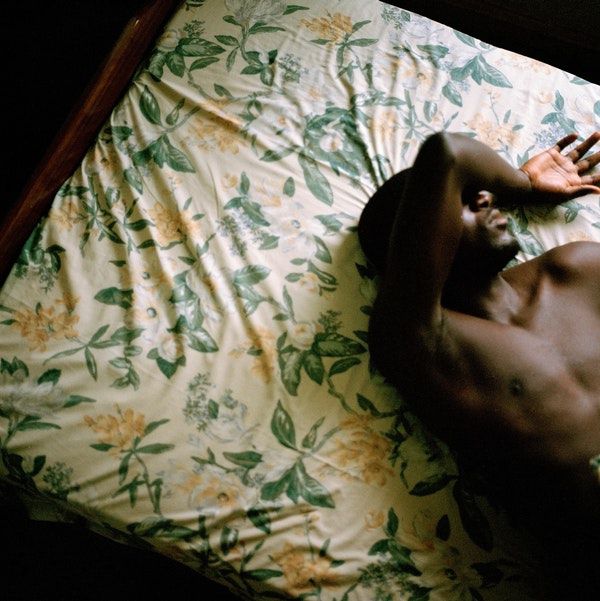 What: This new exhibit features the work of a photographer who travels extensively across the tropical climates on a mission to understand how natural environments, botanical cultures and human subjects coexist and evolve together. In this solo exhibit, she presents photographs and a film in which she tracked flowers and floral imagery across varied contexts and a range of hidden associations. Admission: $14-$22. 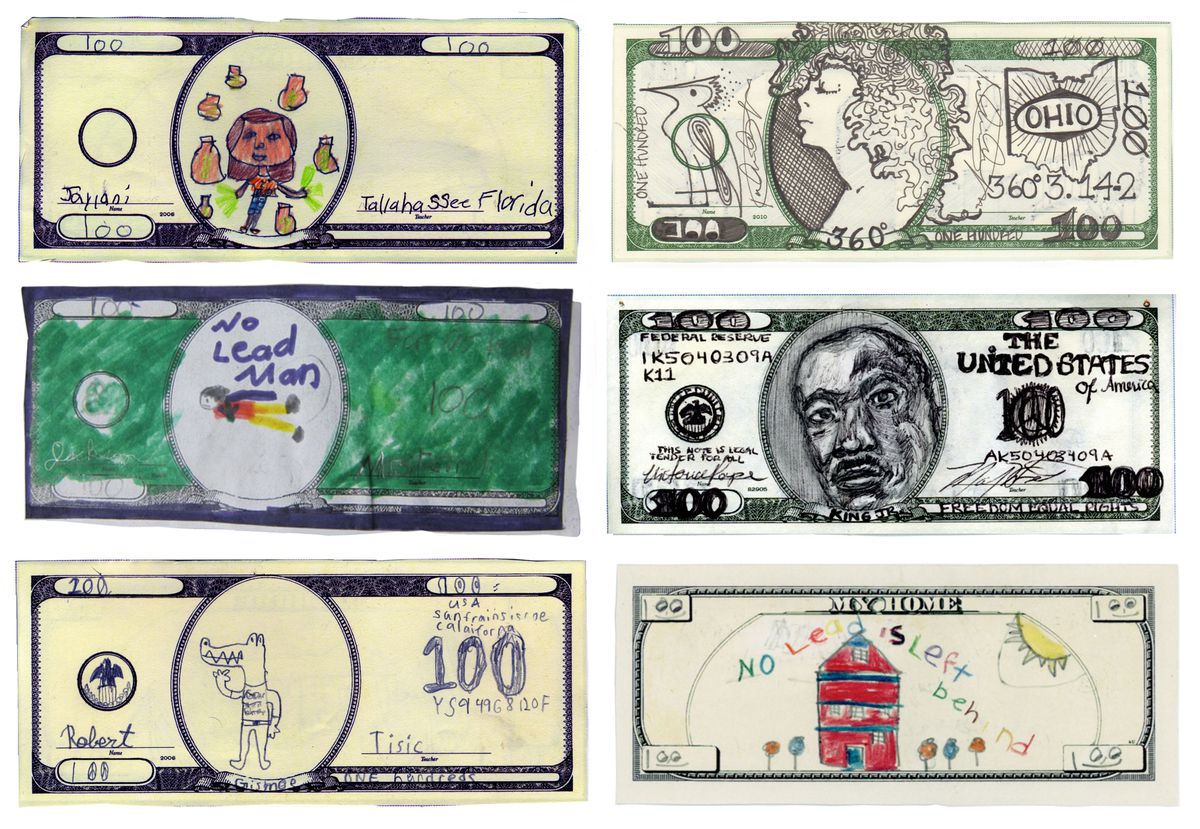 What: Mel Chin’s Fundred Dollar Bill Project as well as works by LaToya Ruby Frazier and Fazal Sheikh are on display at the Hyde Park museum as part of “Toward Common Cause: Art, Social Change and the MacArthur Fellows Program at 40.” Chin’s 13-year-project, here titled “Chicago Fundred Initiative: A Bill for IL,” invites people to create their own “Fundred,” a form of currency that affirms the right of each maker to equal protection against lead contamination; Frazier’s film “Flint is Family” uses her photographs and voiceover by Flint, Michigan, resident Shea Cobb to understand the Flint water crisis; Sheikh’s landscape photography examines the connection between desertification, colonialism, and the displacement of Bedouin communities from ancestral lands in Israel’s Negev desert. Admission is free.

What: The Peggy Notebaert Nature Museum, where children of all ages can connect to nature and science, reopened July 8. Exhibits include “Without a Trace,” selections of photographs by Zbigniew Bzdak; “Patterns in Nature: A Bridge between Art and the Natural World,” mixed media work by artist Katherine Lampert; “Judy Istock Butterfly Haven” “Birds of Chicago” and many more. Admission: $6-$9, children under 3 free.

‘Toward Common Cause: Art, Social Change and the MacArthur Fellows Program at 40’ 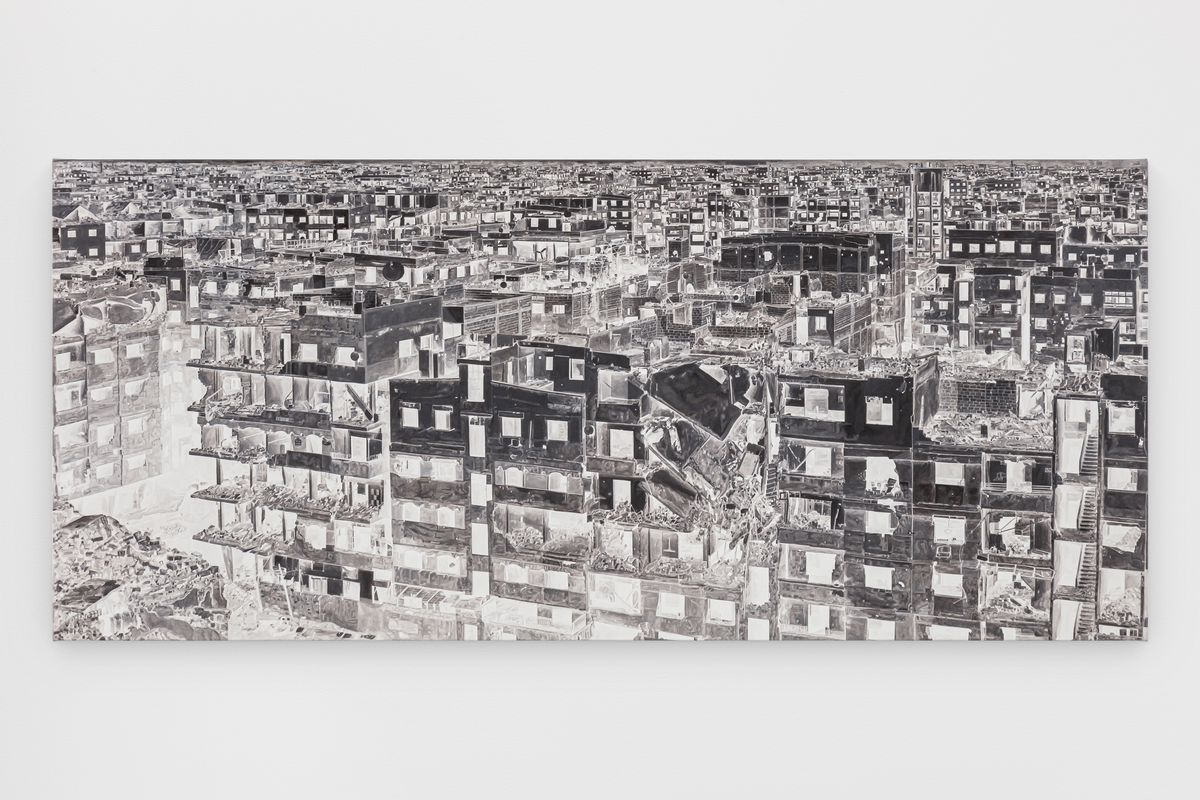 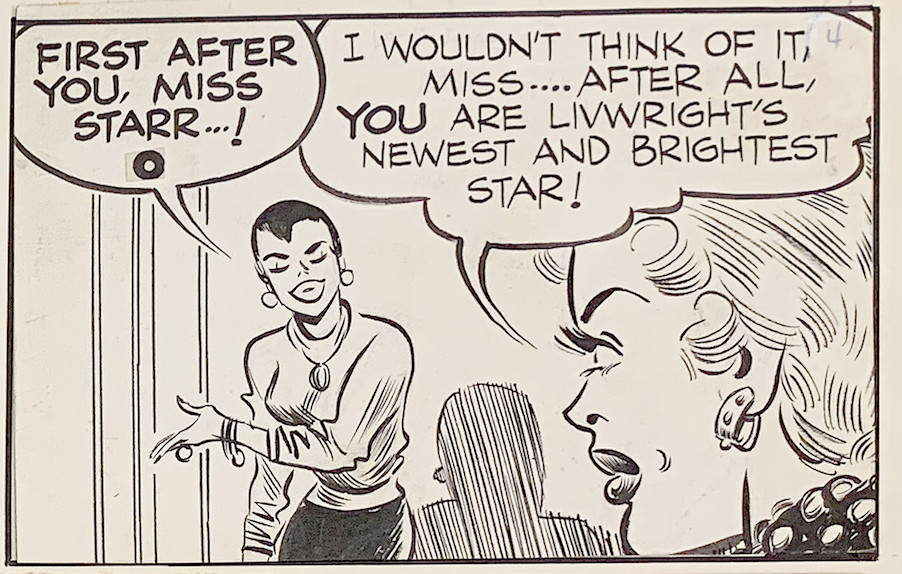 What: This exhibit looks at Chicago’s significant role in the development of the early comic strip. Curated by artist-author Chris Ware and the City of Chicago’s cultural historian emeritus, Tim Samuelson, it focuses on comics in popular publishing, African American cartoonists, the first women cartoonists, the first daily comic strip and more. Admission is free. (The exhibit is a historical companion to “Chicago Comics: 1960s to Now,” the survey of contemporary Chicago comics at the Museum of Contemporary Art.) 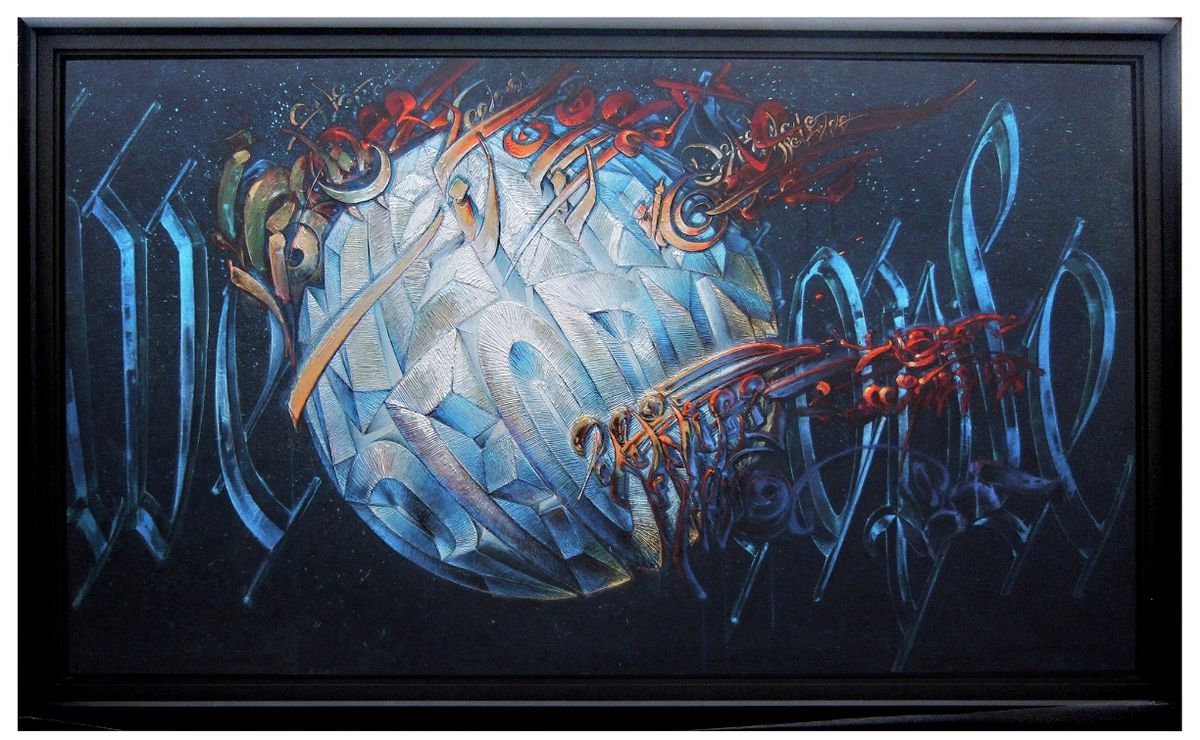 “We the People” by Chaz Bojórquez National Museum of Mexican Art Permanent Collection, gift of Chaz and Christina Bojórquez

What: After being closed for 15 months, the museum has reopened with a handful of exhibits. “Spotlight on Chaz Bojórquez and Enrique Alférez” features the museum’s newest acquisition, “We the People,” a painting by Bojórquez, and Alférez’s iconic bronze sculpture “La Soldadera.” Plus “Adláteres and the Unexpected Journey: Works by Carmen Chami” features paintings inspired by Mexican Baroque painting and figurative style. Admission is free. 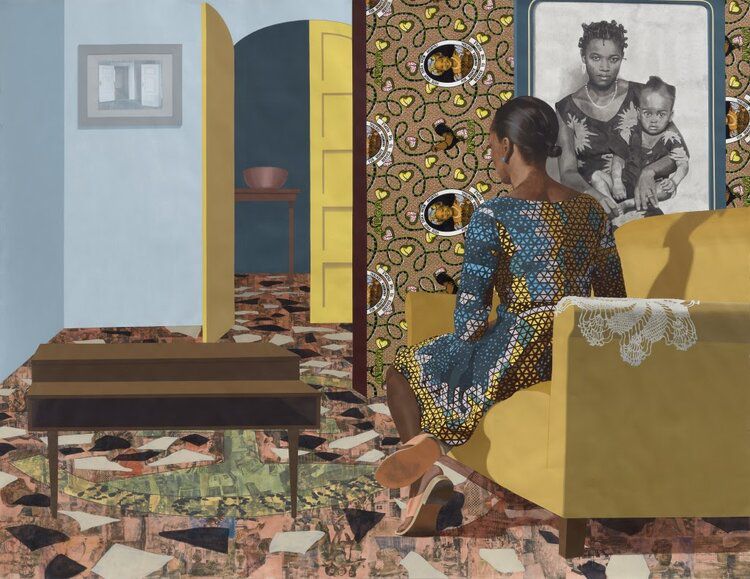 What: The National Public Housing Museum partners with the Chicago Housing Authority to display artwork by MacArthur Fellow Njideka Akunyili Crosby as part of “Toward Common Cause,” a multi-site exhibition organized by the Smart Museum of Art at the University of Chicago in conjunction with the 40th anniversary of the MacArthur Fellows Program. Crosby uses acrylic, colored pencil and photo collages to create her distinctive portraits of African American life. “I almost want people to feel like the door is open and they’re walking by a scene into someone else’s life,” she says, “because that really is what I’m doing… mining my life to tell a story that is global but really wanting people to feel like they’re getting a glimpse into my world.” Crosby’s artwork installation is displayed on 70-foot banners on the sides of two buildings.

‘Drawn to Combat: Bill Mauldin & the Art of War’ 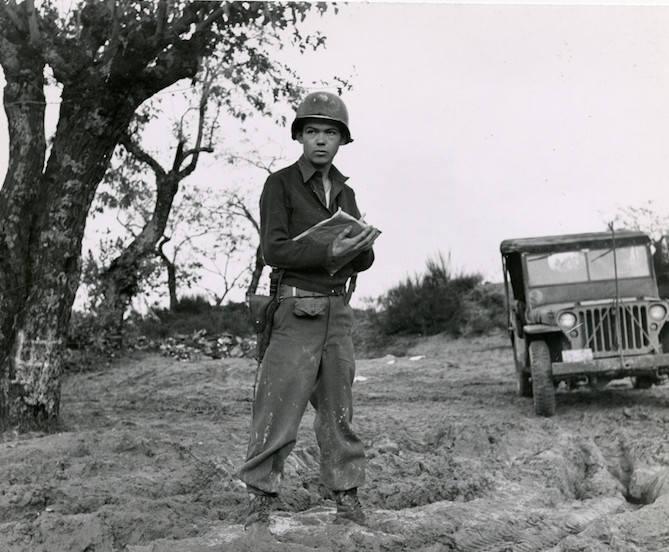 What: Two-time Pulitzer Prize winner Bill Mauldin, who studied at the Chicago Academy of Fine Arts and was a cartoonist for the Chicago Sun-Times, is the subject of a retrospective at the Pritzker Military Museum & Library. “Drawn to Combat” covers Mauldin’s career as a wartime cartoonist focusing on soldiers’ experiences and as a political cartoonist. The exhibit draws from more than 5,000 cartoons and objects donated to the museum by the Mauldin family. Tickets: $8, $10, children under 12 free. 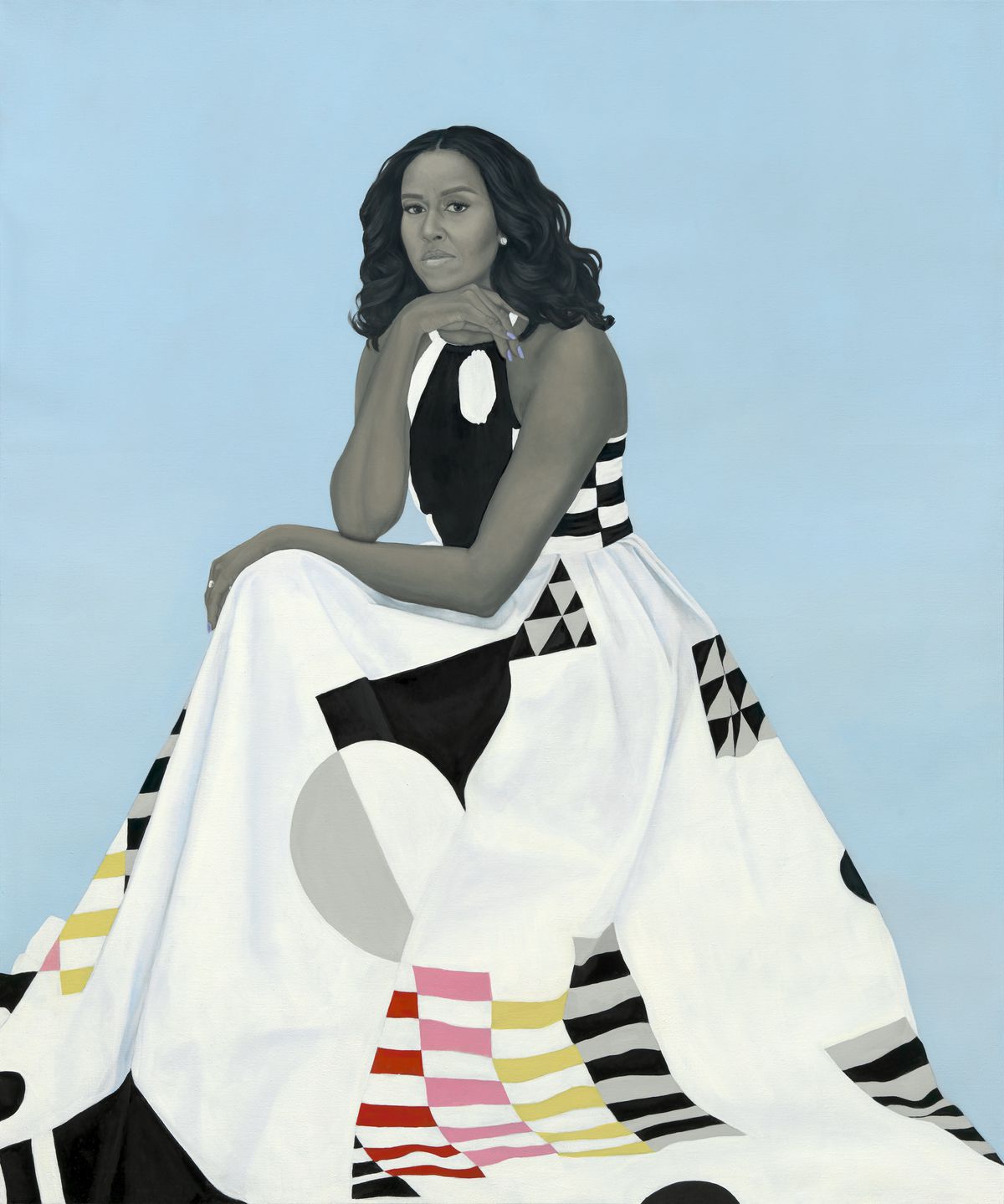 What: The Art Institute is the first stop of a five-city tour for the official portraits of President Barack Obama and First Lady Michelle Obama. Artists Kehinde Wiley and Amy Sherald are the first African Americans to be commissioned by the Smithsonian’s National Portrait Galley to create the official portraits of a president or first lady. After the nationwide tour, the portraits will reside in the Smithsonian’s National Portrait Gallery in Washington, D.C. The exhibit is included with museum admission ($14-$25). 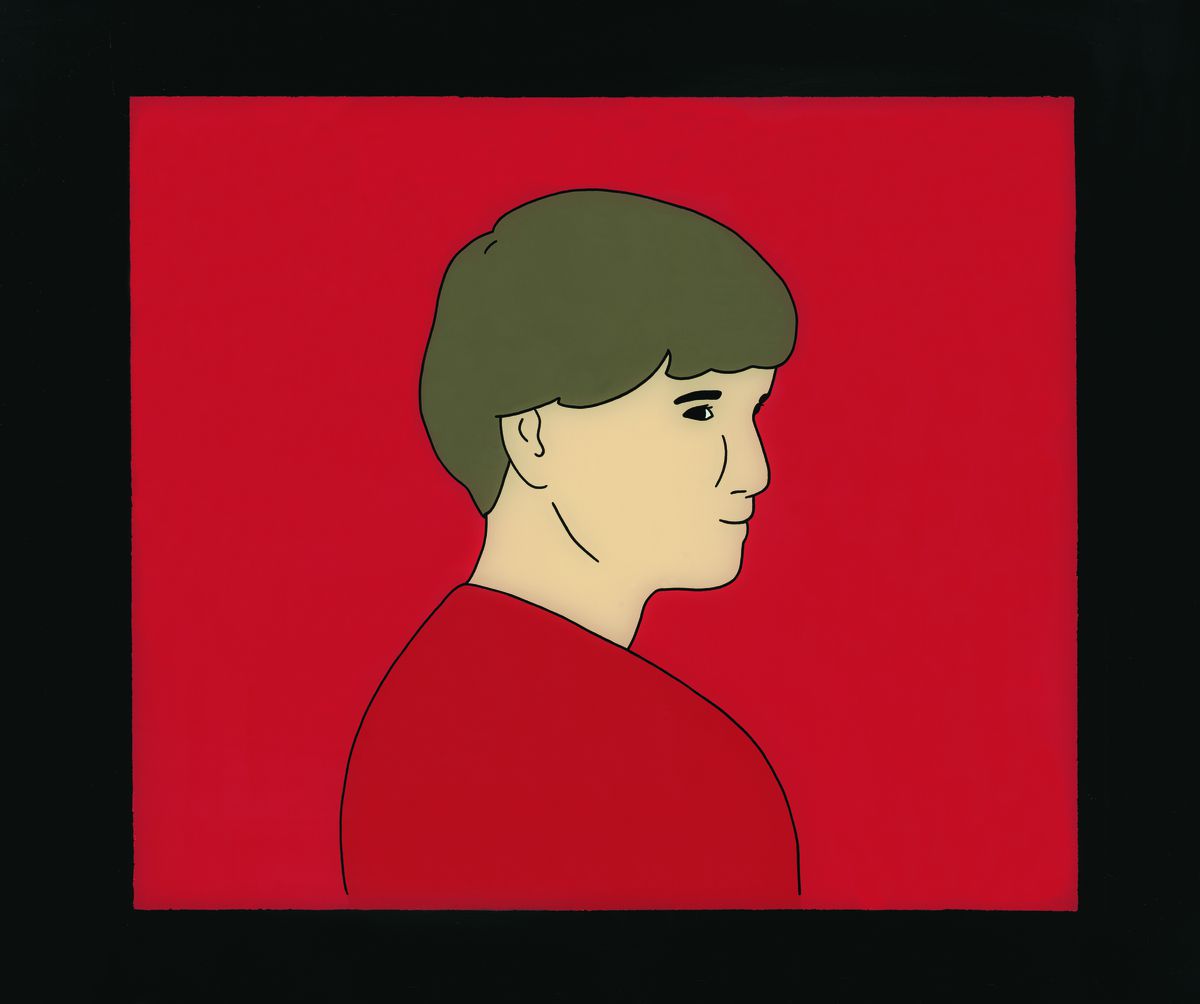 Nick Drnaso’s painting for the cover of his graphic novel “Sabrina” in “Chicago Comics.” Provided 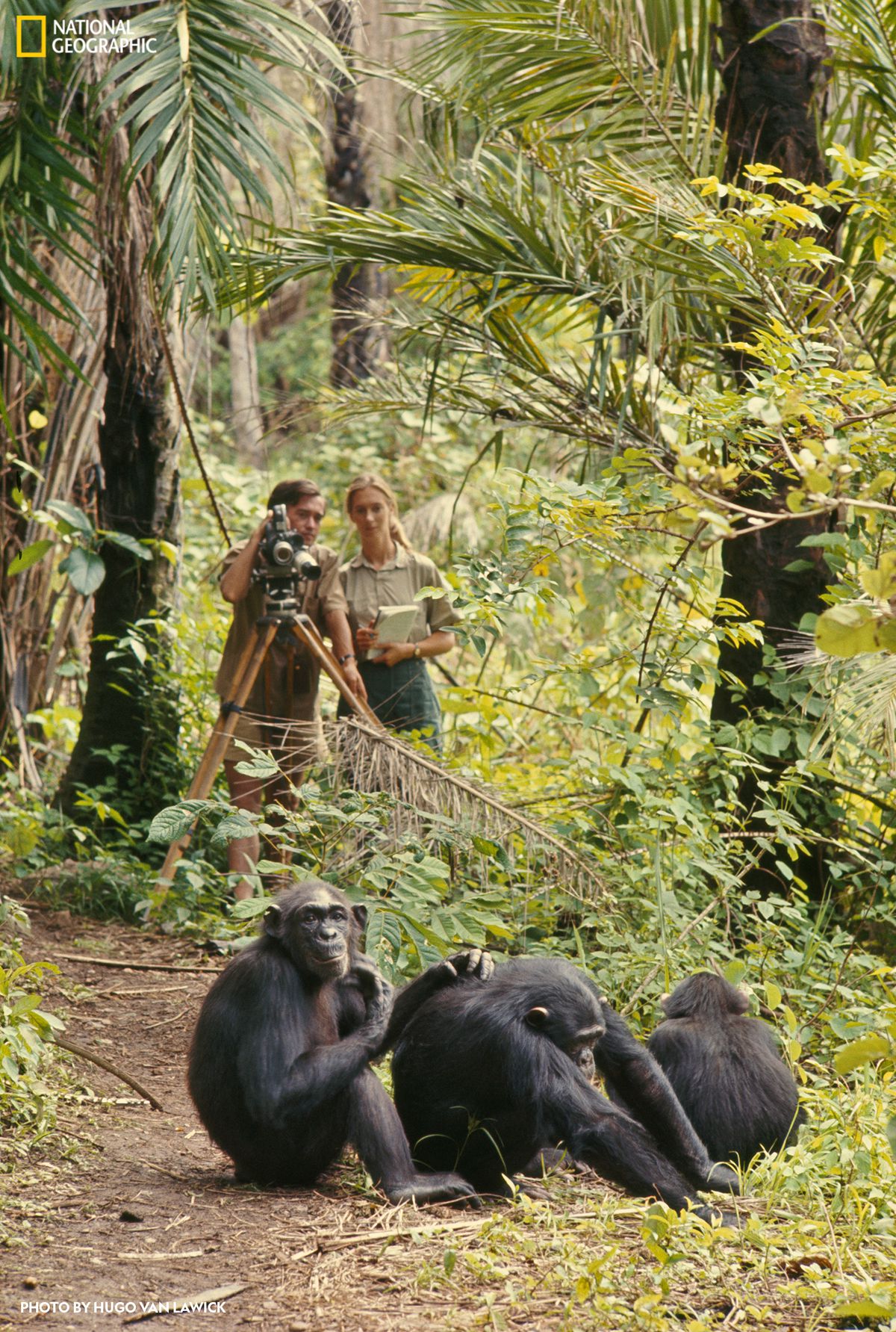 What: Generations have been inspired by the work of primatologist Dr. Jane Goodall, who has not only shown the urgent need to protect chimpanzees but also redefined species conservation to include the needs of local people and the environments. A new exhibit follows her journey from a curious young child in England to a passionate scientist studying chimpanzees in Africa. Included in the exhibit are a re-creation of her field research tent, a hologramlike projection of Goodall sharing her fieldwork memories, augmented reality activities and a projection of Tanzania’s Gombe Stream National Park. Tickets: $18-$32. 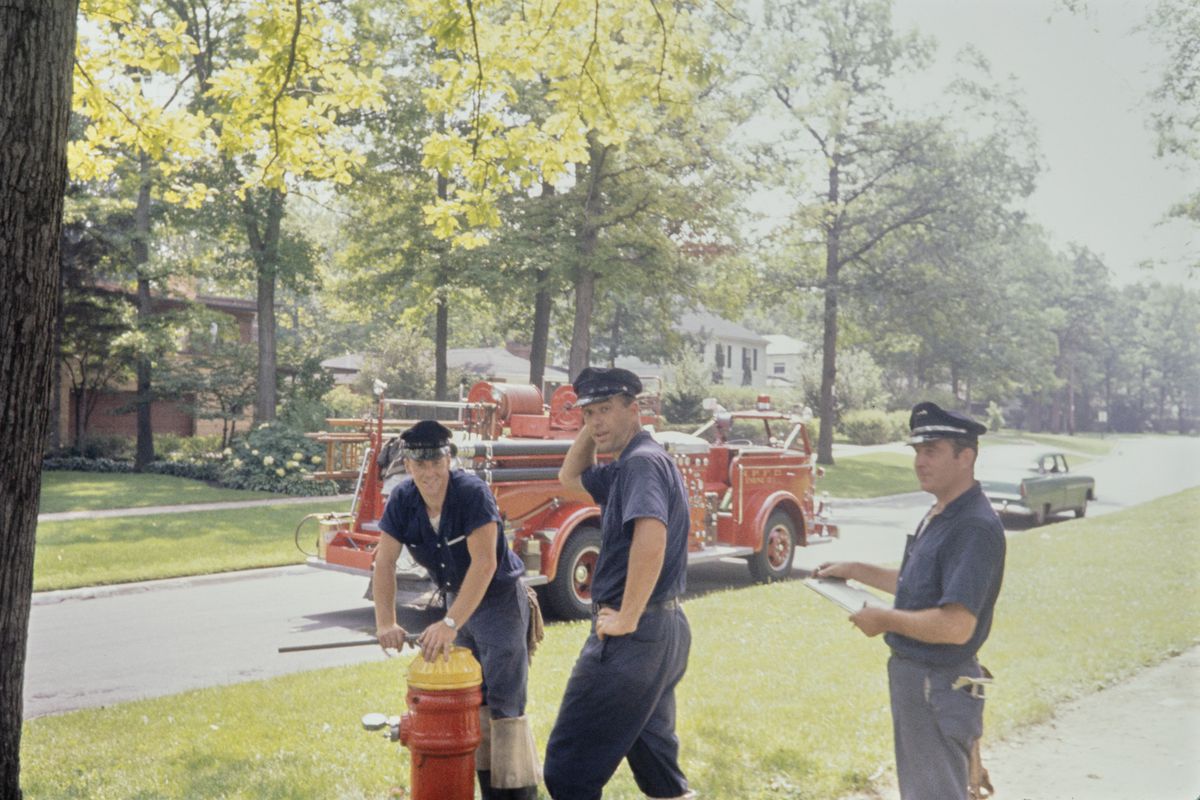 What: Much has been heralded about street photographer Vivian Maier’s black-and-white photographs in exhibits, books and films. Now this multimedia exhibit features 65 color images made during her time as a suburban Chicago nanny from the 1950s to 1970s, many of which have never been seen before. Maier, who died in 2009, was a bit of a character and always had a Roloflex camera around her neck as she walked the streets snapping images of women, children, the old, the poor, the abstract. While her motives remain elusive, her photographs continue to speak volumes. Tickets: $17, $19.

What: Here’s the not-too-miss art exhibit of the summer. Dolores Olmedo (1908-2002), a Mexican musician, businesswoman and friend of artists Frida Kahlo and her husband Diego Rivera, amassed an impressive list of works by both artists that reside in Mexico City’s Museo Dolores Olmedo. Her collection of paintings and works on paper by Kahlo have now traveled to the newly expanded Cleve Carney Museum of Art. The long-awaited exhibit, delayed a year because of the pandemic, features an array of oil paintings and works on paper, pivotal pieces created by the artist. Also featured are a multimedia timeline that offers a framework of Kahlo’s life, more than 100 photographs, a Kahlo-inspired garden and a family-friendly children’s area featuring a replica of Kahlo’s Casa Azul in Coyoacan, Mexico. Tickets: $23, $40. 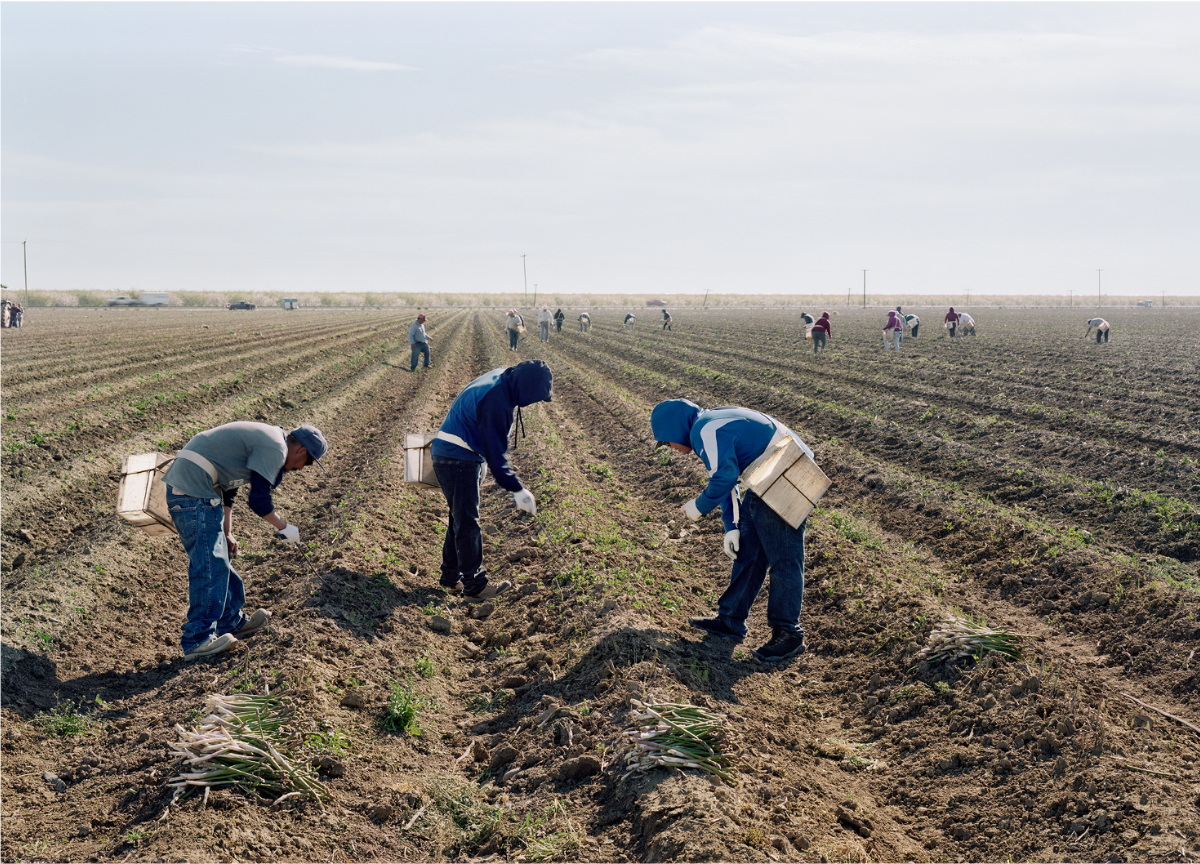 What: The museum is presenting two new exhibits. “Much Unseen Is Also Here: An-My Lê and Shahzia Sikander” features the work of two Asian-American artists who explore their relationship to America. In the tradition of American road photography, Lê’s photographs confront the political rhetoric of the moment and tackle current events; Sikander uses sculpture, drawings and animation to examine the intersection of power, gender, empire and self. “Martine Gutierrez” features work from Gutierrez’s independent art publication, “Indigenous Woman”, a magazine exploring how deeply sexism, colorism, racism, transphobia and other biases are embedded and ubiquitous in popular culture and fashion photography. Admission is free. 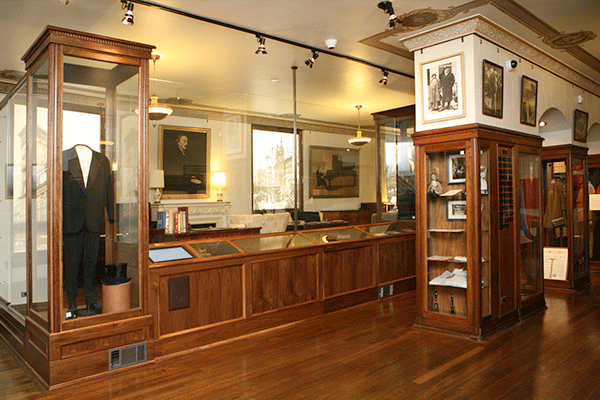 What: The museum, since 1935 a repository for a wide variety of materials pertaining to Poland and the Polish-American community, has reopened after being shuttered for more than a year. Among the many permanent exhibits are “Polish Chicago 1850-1939,” “Folk Art Collection” and “The Paderewski Collection,” which documents the life of Polish pianist and composer Ignacy Jan Paderewski. Tickets: $6-$10. 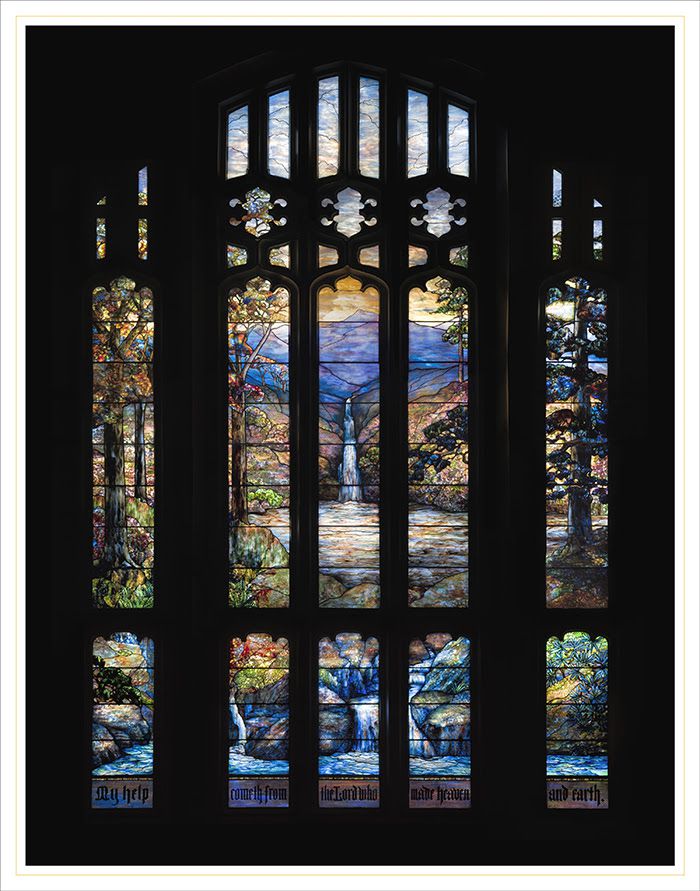 The Hartwell Memorial Window bears a design attributed to Agnes F. Northrop of Tiffany Studios. The Art Institute of Chicago

What: A magnificent stained glass window made by Tiffany Studios in 1917 is now on permanent display at the Art Institute. The Hartwell Memorial Window, attributed to Agnes F. Northrop, Tiffany’s leading landscape window designer, was originally commissioned for a church as the gift of Mary L. Hartwell in memory of her husband Frederick W. Hartwell. It consists of 48 different panels, and is a scenic view of Mount Chocorua, a peak in New Hampshire’s White Mountains. The window, located near the museum’s entrance, is one of the most ambitious landscape window projects produced by Tiffany. Museum admission: $14-$25. 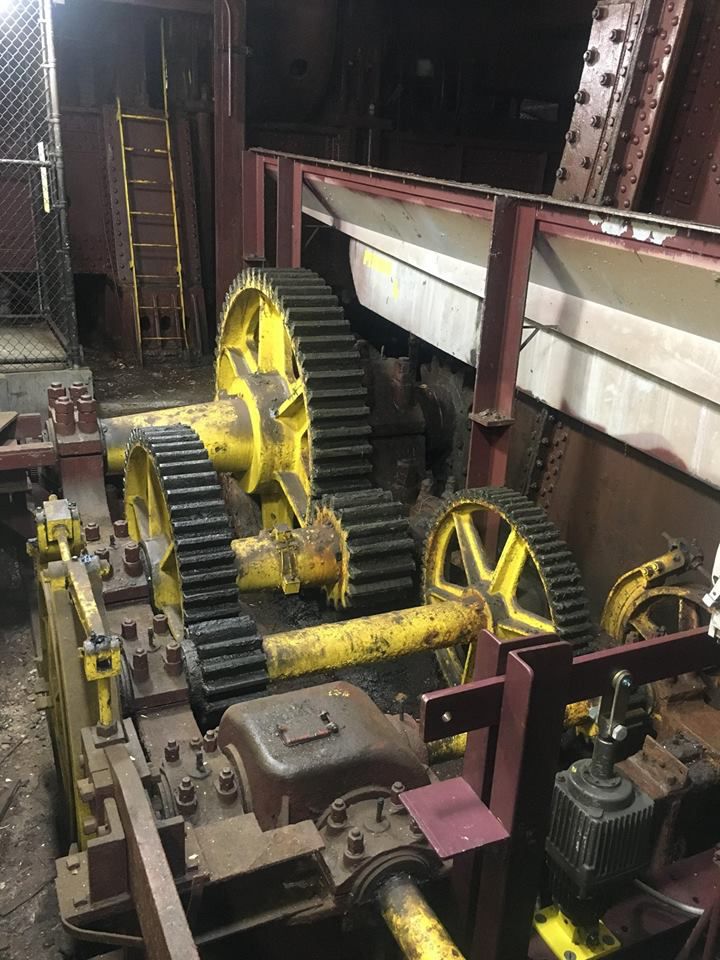 Gears that open the bridge. Friends of the Chicago River

What: This five-story museum celebrates the Chicago River and its world-famous movable bridges. Visitors explore a historic bridgehouse, watch the massive gears of a moving bridge and learn about the history of the Chicago River. Plus from the top floor, there’s a 360-degree view of the city and river. Find the museum at 99 Chicago Riverwalk. Admission: $5, $6; children 5 and under free. 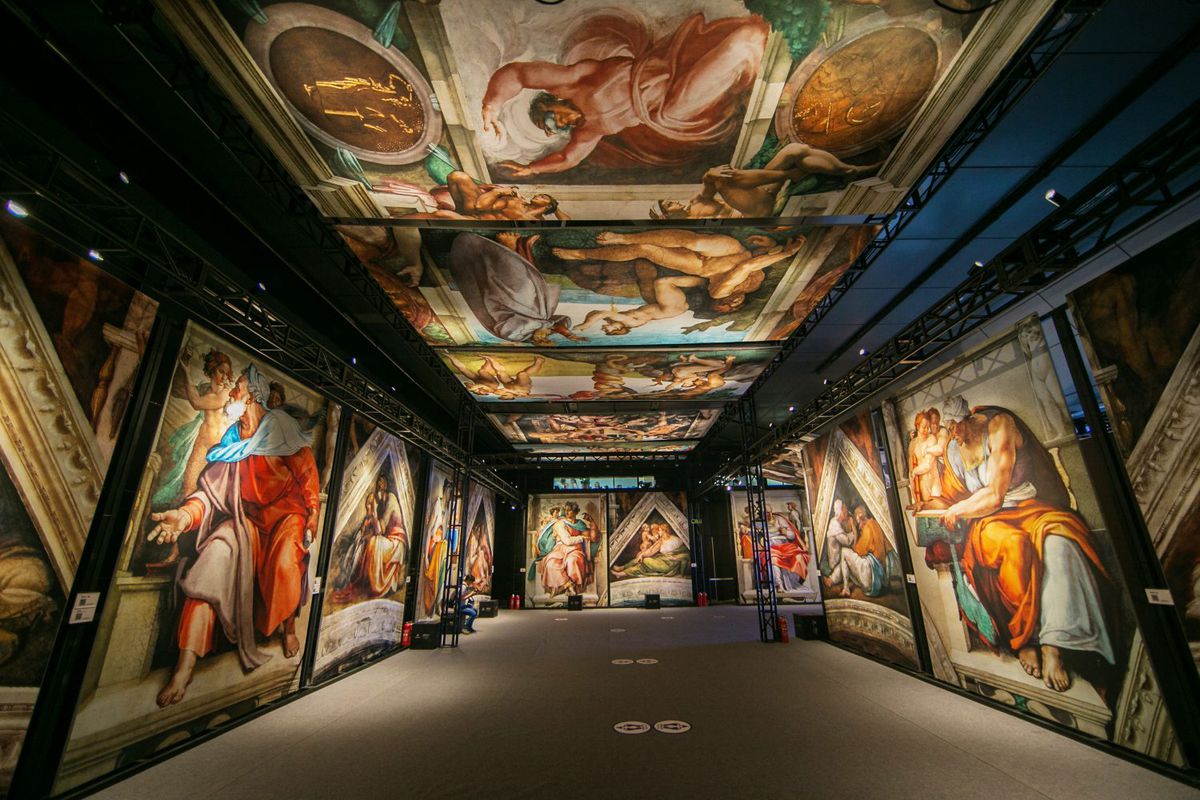 You can walk among life-sized reproductions of a fresco masterpiece when you visit “Michelangelo’s Sistine Chapel: The Exhibition” in Oakbrook Center. SEE Attractions

What: For a new perspective on some of the world’s greatest art check out this immersive exhibition showcasing the artist’s renowned ceiling frescos from the Vatican chapel. The reproductions were made using a photographic technique that captures the look and feel of the original paintings. Tickets: $14-$26.60. 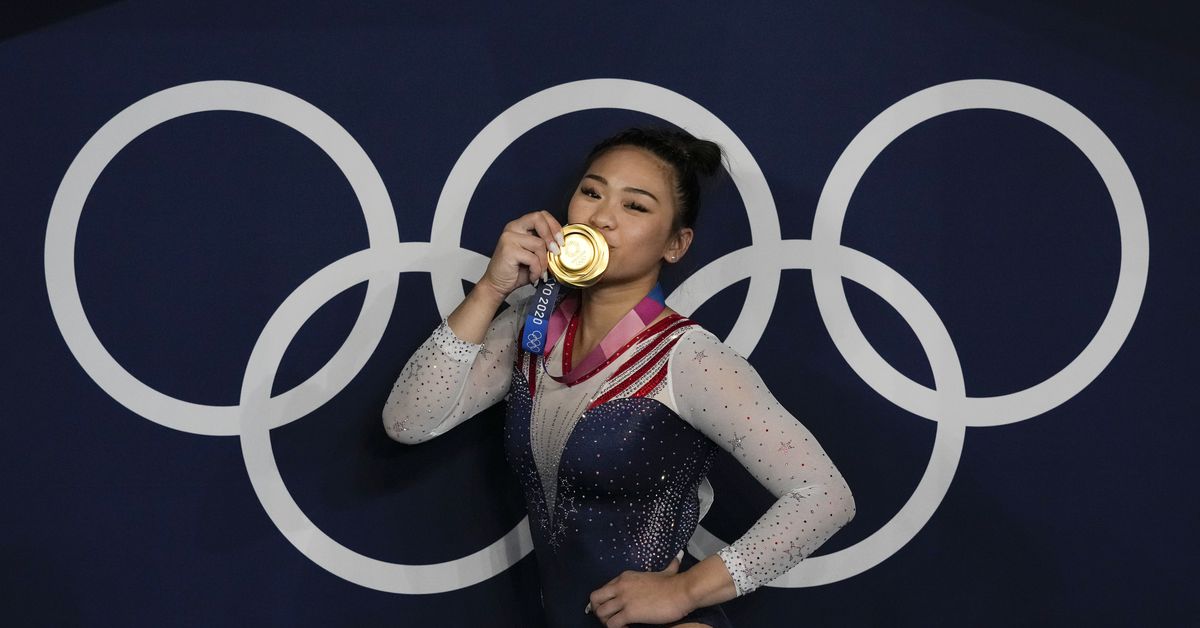 Auburn is next stop for Olympic gymnastics champ Sunisa Lee