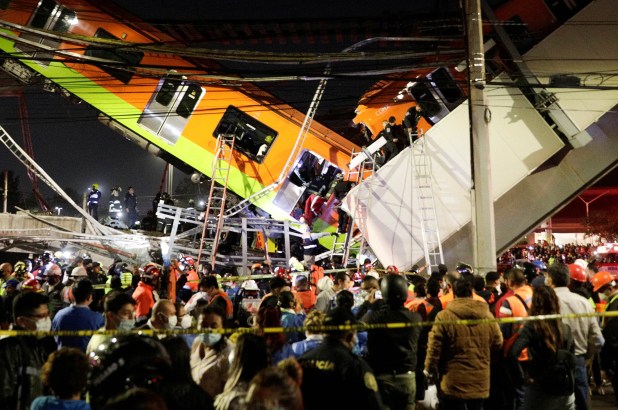 Rescuers work at a site where an overpass partially collapsed with train cars on it at Olivos station in Mexico City on May 3, 2021. Luis Cortes/REUTERS

The death toll from the Mexico City elevated metro train derailment has risen to at least 23, with about 70 injured – as rescue efforts were suspended Tuesday amid fears that a dangling car might come crashing down.

“Unfortunately there are 23 deceased,” including minors, Mayor Claudia Sheinbaum told reporters at the scene in the south of the capital, according to Agence France-Presse.

She said first-responders don’t know if people trapped inside the teetering car are alive following one of the deadliest accidents in the city’s subway system, among the busiest in the world.

Sheinbaum said earlier that someone had been pulled alive from a car that was trapped on the road below, adding that 49 of the injured were hospitalized, and that seven were undergoing surgery.

Media stand at a police barricade barring access to the scene of the accident on May 4, 2021, in Mexico City.AP Photo/Eduardo Castillo

“There are unfortunately children among the dead,” she said, without specifying how many.

The overpass was about 16 feet above the road in the borough of Tlahuac, but the train ran above a concrete median strip, which apparently reduced the number of casualties among motorists below.

“A support beam gave way” just as the train passed over it, the mayor said.

Hundreds of police officers and firefighters cordoned off the scene Tuesday as desperate friends and relatives of people believed to be on the train gathered at the site awaiting news of those believed to have been aboard the train.

An injured man is helped after the subway structure collapse in Mexico City.EPA/Carlos Ramirez

Efrain Juarez said his son was in the wreckage.

“My daughter-in-law called us. She was with him and she told us the structure fell down over them,” he told AFP.

Rescuers work at a site where an overpass for a metro partially collapsed with train cars on it at Olivos station in Mexico City on May 3, 2021.Luis Cortes/REUTERS

Another man said his brother was among those trapped.

An aerial view of the accident seen in Mexico City.Hector Vivas/Getty Images

“He came with his wife and they managed to get her out, but he was crushed there and we don’t know anything,” the man, who did not want to be named, told the news agency.

Emergency workers move an injured person on a stretcher after the deadly accident.PEDRO PARDO/AFP via Getty Images

A witness told Mexican TV network Televisa that she saw the structure shaking.

Officials taking an injured person into an ambulance after the train collapse.Luis Cortes/REUTERS

“When the dust cleared we ran … to see if we could help. There were no screams. I don’t know if they were in shock,” the unidentified woman said.

Another victim is pulled away from the scene in Mexico City.PEDRO PARDO/AFP via Getty Images

Adrián Loa Martínez, 46, said his mother called to tell him that his half-brother and sister-in-law were driving when the overpass collapsed and a beam fell onto their car.

He said his sister-in-law was rescued and sent to a hospital, but that his half-brother José Juan Galindo was crushed.

Rescue workers remove a body from a train carriage after the accident.PEDRO PARDO/AFP via Getty Images

“He is down there now,” he told journalists pointing toward the site.

Workers being lifted to the site of the accident.REUTERS/Luis Cortes

The collapse occurred on the newest of Mexico City’s subway’s lines, Line 12.

Like many of the city’s dozen lines, it runs underground through more central areas of the city of 9 million, but then runs on elevated structures on the city’s outskirts.

Mayor Claudia Sheinbaum said she doesn’t know if there are still survivors trapped in the train car.REUTERS/ Luis Cortes

The Mexico City Metro has had at least two serious accidents since its inauguration half a century ago.

In March 2020, a collision between two trains at the Tacubaya station left one passenger dead and injured 41 people. In 2015, a train that did not stop on time crashed into another at the Oceania station, injuring 12.

A body is removed from the site of the train collapse in Mexico City on May 4, 2021.REUTERS/Henry Romero 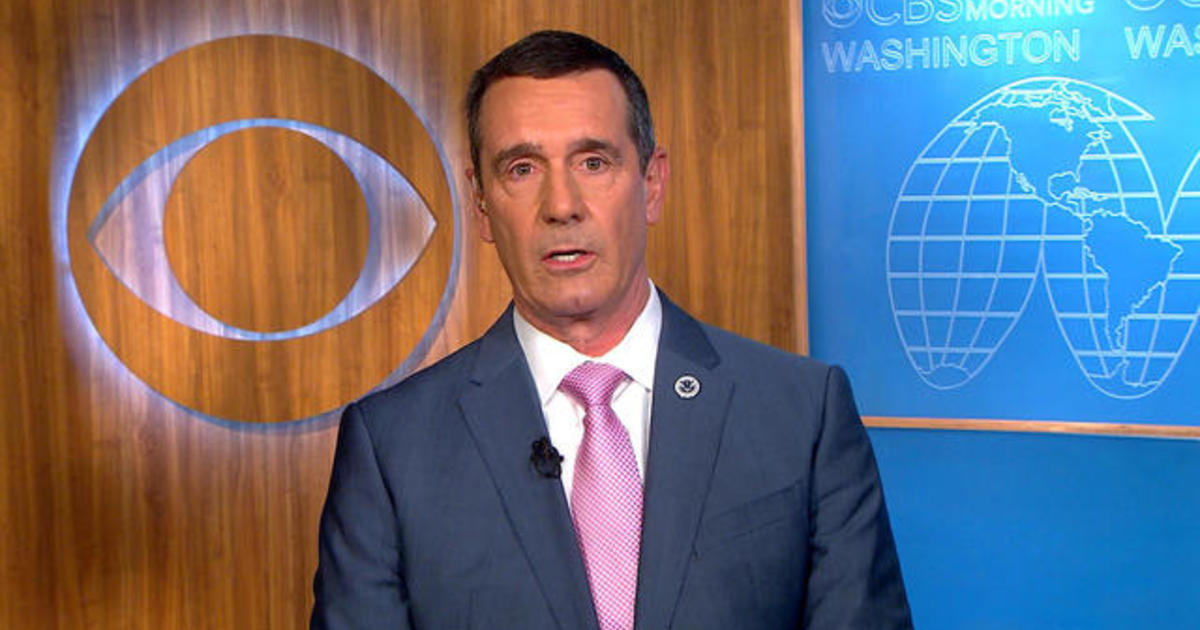 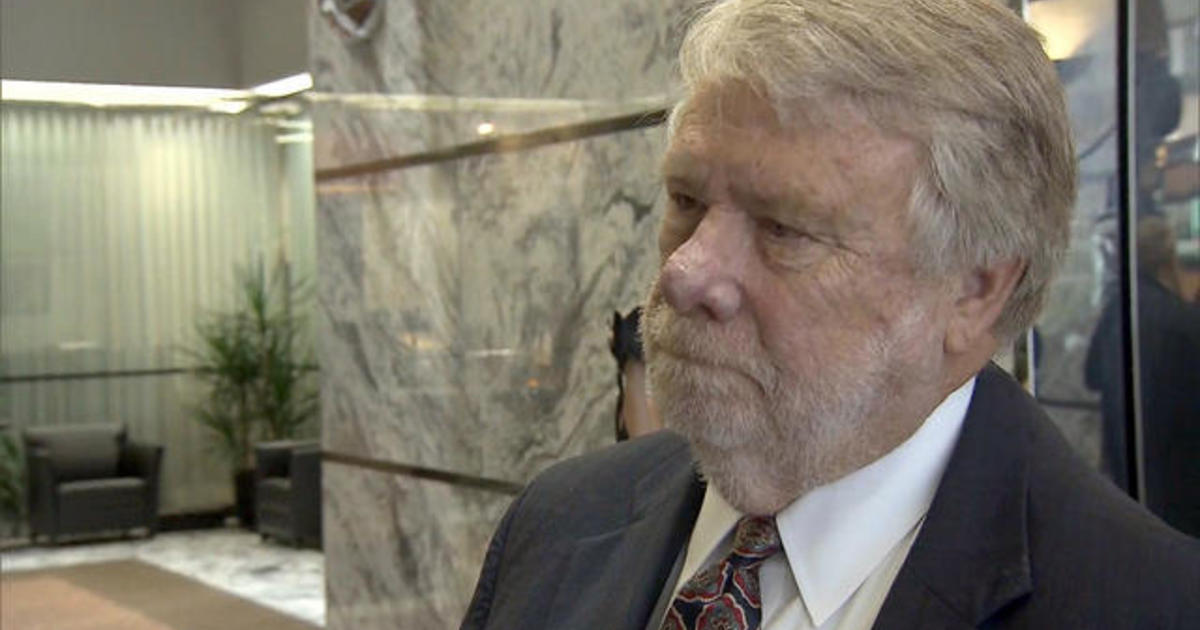 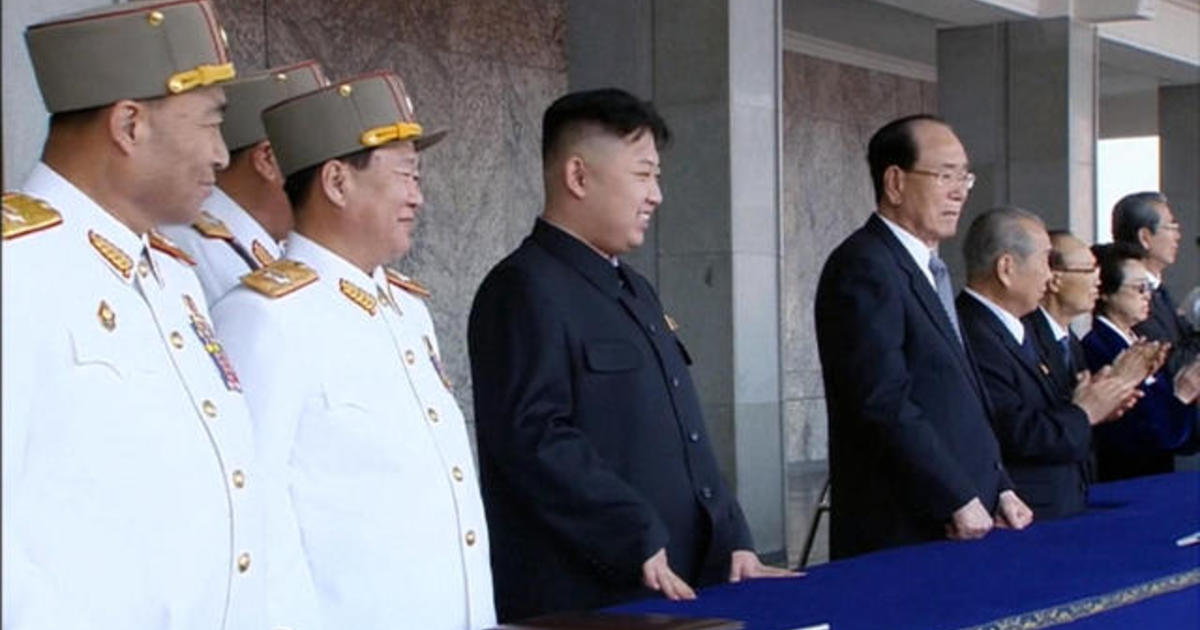