Travel firms say there has been a surge in overseas holiday bookings following the Prime Minister's announcement of the road map out of lockdown.

The government said a decision on easing international travel would not happen until mid-May at the earliest.

But Tui said its bookings for July-onwards had soared.

Greece, Spain and Turkey had been the most-booked destinations, the company said.

Boris Johnson announced in the Commons on Monday that a global travel taskforce would put forward a report by 12 April on how to return to international travel.

The government would then make a decision on removing restrictions on international travel, but not before 17 May at the earliest.

As the government has said dates could move for the start of international travel, Tui has said that anyone due to travel between 17 May and the end of June can change their booking to a later date without a fee.

Thomas Cook said traffic to its website was up over 100% on Monday from 15:00 GMT onwards, with bookings "flooding in" for countries such as Greece, Cyprus, Mexico and the Dominican Republic.

"The government's announcement today is good news for those of us desperate to get away on holiday," said Thomas Cook's chief executive Alan French.

"While we await more details, it's clear that the government's ambition is to open up international travel in the coming months and hopefully in time for the summer holidays."

image captionCrete has seen a surge in bookings, according to EasyJet

EasyJet also reported a 337% surge in flight bookings and a 630% jump in holiday bookings for locations such as Alicante, Malaga, Palmo, Faro and Crete.

"We have consistently seen that there is pent up demand for travel and this surge in bookings shows that this signal from the government that it plans to reopen travel has been what UK consumers have been waiting for," he said.

While bookings are high, there are still plenty of questions about how international travel will resume - and no guarantees that it will start again in mid-May.

The industry has seen restrictions put on top of restrictions over the last few months, with visitors from entire continents banned, the introduction of quarantine hotels and multiple tests required.

Removing them will take some careful unpicking.

The government has said that any removal will depend on the location of concerning variants, progress of vaccine rollouts here and abroad as well as death rates and hospital admissions.

It's also not just about us. Other countries will need to agree to allow British tourists in. But after fears they could be left off the roadmap, the travel industry is keen to make this plan and these dates work.

Amanda Matthews, managing director and owner of Ramsbottom-based luxury travel agency network Designer Travel, said her firm had seen double the number of enquiries and new bookings for the summer.

"But we've also had hundreds of calls from people who've got bookings for travel in March, April, May and June - still very uncertain about whether they will be travelling or not," she told the BBC.

"Because there's no concrete date yet for the reopening of international travel, as a travel agent, we can't answer our existing clients' questions about holidays they've already booked for spring and summer. We've got no idea. "

Missing out on Easter

While the roadmap has provided hope for summer holidays, retail expert Kate Hardcastle said there was also "huge disappointment" in the travel industry - particularly among domestic overnight accommodation providers such as mobile home holiday parks and holiday cottage providers.

"Easter is obviously a critical part of the travel calendar for travel agencies and the industry, so it's a lost opportunity, one less holiday to be able to sell within," she told the BBC.

"I also know a lot of families are dependent on Easter holidays as it tends to be cheaper and more cost effective than the summer holidays. It would be awful to think that some people are completely priced out of a holiday this year."

Ms Matthews said her firm did not believe that Easter "would be on the cards", but many customers had still been hopeful, and some had even moved their holiday three or four times in 2020.

"If we were to believe that May would enable us to reopen, then I believe we'd have a really strong summer, but the uncertainty and the lack of information about dates, potential quarantine measures and the cost of testing needed to get back into the UK that makes doing our job an impossible task," she said.

"We've got people who are due to pay balances for holidays at the end of May, and we have to hope that the news is positive, as opposed to people getting nervous and cancelling."

Ms Hardcastle said that travel firms across the industry had told her in the last week that the last 12 months had been a stream of "constant administration", dealing with cancellations, refunds and enquiries about possible dates of travel, but no bookings.

"I think everyone would like it to be sooner, but what every industry needs right now are milestones that don't move," she stressed.

"They have more costs associated with the on-and-off nature of the lockdowns to date than having a clear date to work to and feeling confident in that date."

Hotels giant InterContinental Hotels, which owns the Crowne Plaza and Holiday Inn brands, said the sector was unlikely to see a recovery until later this year, dependent on vaccine rollouts.

"2021 has begun with many of these challenges still in place," chief executive Keith Barr said, as the company unveiled a $260m (£185m) loss.

Did you book a holiday following the Prime Minister's announcement? Share your views and experiences by emailing haveyoursay@bbc.co.uk.

Israelis stuck abroad not able to vote outside Israel - CEC 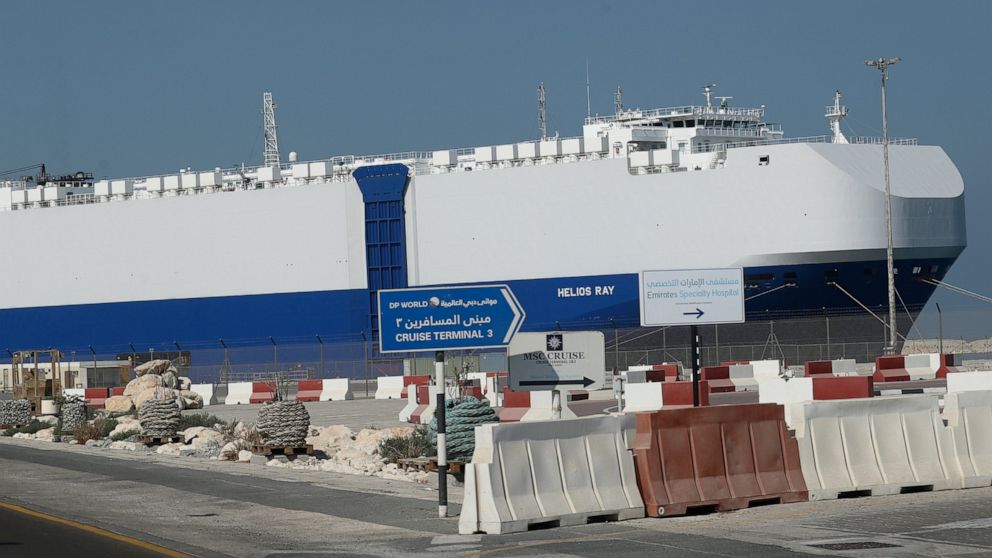 Gas prices to rise by 27 agurot tonight to NIS 5.99 per liter