More than 2,850 lorries are stuck in Kent waiting to leave the UK, the county council has said, as politicians thrash out a plan to reopen France's border to trade and travel.

France shut its UK border for 48 hours on Sunday amid fears of a new coronavirus variant.

In a recommendation to all member states, it said flight and train bans should be discontinued to avoid supply chain disruption.

People should be allowed to travel to their country of residence, provided they take a Covid-19 test or self-isolate, it said.

But the commission added that non-essential travel should still be discouraged.

The leader of Kent County Council, Roger Gough, told the BBC that 2,220 vehicles were at the temporary lorry park at Manston, while 632 were still being held on the M20.

It comes as Tesco said it would be reintroducing temporary purchasing limits on some essential products, including toilet rolls, eggs, rice and hand wash.

The supermarket said the move was a "pre-emptive measure" to "smooth demand" - rather than in response to a change to buyer behaviour - and that its stock levels were good.

A further 36,804 people in the UK have tested positive for coronavirus and there were 691 deaths within 28 days of a positive test, according to Tuesday's government figures.

It is the largest daily number of cases recorded yet, though it is thought the infection rate was higher during the first peak in spring when testing was much more limited.

Currently, no lorries are leaving the Port of Dover or Eurotunnel to France.

It follows widespread concern about the spread of the new variant, with government's chief scientific adviser warning it had spread "everywhere".

In England, 17 million people are under tier four rules, the toughest level, where people are being told to stay at home and not leave the area. Some parts of England, as well as Wales, have asked people who travel from tier four areas to self-isolate.

Ms Patel told BBC Breakfast discussions were under way between the UK and France "to find a resolution" to the Channel disruption, with an update on the situation expected later.

Prime Minister Boris Johnson and French President Emmanuel Macron spoke on Monday and, according to the BBC's Hugh Schofield, a solution to the blockage will probably include compulsory negative Covid tests for lorry drivers coming into France from the UK.

Any plans agreed between the leaders would come into effect on Wednesday, France's Europe minister, Clément Beaune, said.

Ms Patel said potentially testing lorry drivers at ports was "part of the discussions", adding that setting up testing for this could "happen relatively quickly".

EU member states are understood to be pressing for UK arrivals to be tested for the virus before entering their countries.

Bosses at Eurotunnel estimate that up to 2,500 freight vehicles are expected to arrive in the UK on Tuesday, and the same again on Wednesday.

The port of Harwich in Essex - which is about 130 miles from Dover by road - is also seeing a build up of lorries as drivers divert from Dover, a spokesman for the port said. The port of Felixstowe in Suffolk is also busy but there are no queues.

The British Retail Consortium said trucks needed to be able to start travelling again in the next 24 hours to "avoid seeing problems on our shelves".

Andrew Opie, its director of food and sustainability, told the Commons Business energy and industrial strategy committee: "What we've been told by members is that unless those trucks can start travelling again and go back to Spain and Portugal and other parts of Europe, we will have problems with fresh produce from 27 December."

Labour's Rachel Reeves told BBC Breakfast the government had "wasted the last 24 hours" and called for "testing in place so we can reopen the border".

The border disruption has also affected passenger services - with many air, rail and sea services cancelled between the UK and France, as well as other countries.

Eurotunnel said it hoped passengers would be able to travel between the UK and France from Wednesday or Thursday, if a solution was agreed.

British Airways said it would operate "a reduced and dynamic schedule" amid the uncertainty.

At the scene in Dover

Driving around Dover this morning, there are HGVs everywhere - on the side of the road, in lay bys and in car parks.

Lorry drivers are used to sitting in delays, and will often sleep in their cabs. But for those I've spoken to this morning, it's the uncertainty that is the most difficult thing.

Even if France does reopen the border today, this backlog will take some time to shift, especially if drivers have to be tested before crossing the Channel.

The Channel is a vital trade route, with about 10,000 lorries a day travelling between Dover and Calais at Christmas, largely bringing in the freshest produce.

Shane Brennan, the head of the Cold Chain Federation which represents the UK's temperature-controlled transport industry, said the number of vehicles stuck was worse than the government figures suggested, as lorries were "dispersed around southern England".

Ms Patel said the numbers do "fluctuate", and added there were welfare facilities and support available for hauliers at Manston Airport.

Queues on the M20 in Kent aren't exactly unheard of, but the French decision to close the border is dramatic and has caused a lot of disruption.

Politicians on both sides of the Channel are hopeful they might be able to agree a way of getting things moving again before the end of the year.

But if that requires a massive expansion of testing for coronavirus at the border, that's easy to say, far harder to do.

Are you a lorry driver? Have you been affected by the restrictions? Share your experiences by emailing haveyoursay@bbc.co.uk. 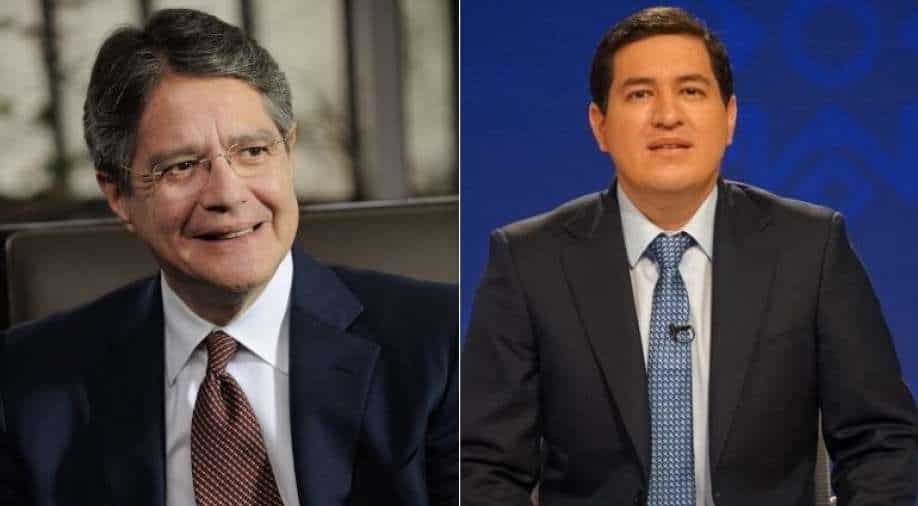 Apple to testify before US Senate on app store antitrust concerns